What it is:  The bark and root of a South American vine.
How it works:  Cat’s claw is an anti-inflammatory that inhibits tumor necrosis factor (TNF), a target of powerful RA drugs.  It also contains compounds that may benefit the immune system.
Studies:  A small 2002 trial showed that it reduced joint pain and swelling by more than 50 percent compared with placebo.
How much:  Capsule, tablet, tea extract:  60 mg daily in divided doses.  Look for a brand that is free of tetracyclic oxindole alkaloids.

What it is:  Oil from cold-water fish such as herring and salmon – a rich source of the omega-3 fatty acids EPA and DHA.
How it works:  Omega-3s block inflammatory cytokines and prostaglandins, and are converted by the body into powerful anti-inflammatory chemicals called resolvins.
Studies:  EPA and DHA have been extensively studied for RA and dozens of other inflammatory conditions.  A 2010 meta-analysis found that fish oil significantly decreased joint tenderness and stiffness in RA patients and reduced or eliminated NSAID use.
How much:  Softgel, liquid:  3.8 grams EPA and 2 grams DHA daily for RA.  (Look for 85 percent to 90 percent concentrations of omega-3s).
NOTE:  Studies show fish oil also can relieve symptoms of Osteoarthritis (OA), depression and Sjögren’s syndrome. 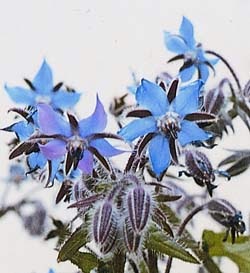 What it is:  An omega-6 fatty acid found in some plant-seed oils, including black currant, borage and evening primrose.
How it works:  The body converts GLA into anti-inflammatory chemicals.
Studies:  In a 2005 trial, 56 patients with active RA showed significant improvement in joint pain, stiffness and grip strength after six months and progressive improvement in control of disease activity at one year. A smaller study found that a combination of evening primrose oil and fish oil significantly reduced the need for conventional pain relievers.
How much:  Capsule, oil, softgel:  30 mg to 3 grams daily in divided doses or 450 mg GLA and 240 mg EPA daily. 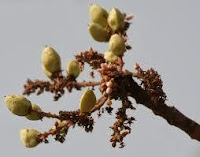 What it is:   The synthetic form of a chemical found in all human cells.
How it works:  SAM-e is a natural analgesic and anti-inflammatory and may stimulate cartilage growth by signaling production of cartilage proteins.  It also affects neurotransmitters such as serotonin.
Studies:  Equivalency trials have shown that SAM-e relieves OA symptoms as effectively as non-steroidal anti-inflammatory (NSAIDs), with fewer side effects and more prolonged benefit.  A 2004 University of California, Irving study found SAM-e equal to the prescription drug celecoxib (Celebrex) and a 2009 study found it comparable to the NSAID nabumetone.
How much:  Capsules: 600 to 1,200 milligrams (mg) daily in three doses for OA; 200 to 800 mg twice daily for fibromyalgia; 800 to 1,600 mg twice daily for depression (but talk to your doctor if you have bipolar disorder).  Taking with vitamin B12, B6 and folate improves absorption.
Boswellia Serrata
What it is:  Gum resin of the boswellia tree.
How it works:  Boswellic acids – the active components – have strong anti-inflammatory and analgesic properties.  They also may help prevent cartilage loss and inhibit the autoimmune process, making boswellia a potential therapy for RA, too.
Studies:  A 2008 study in India, where boswellia is a traditional remedy, found that a supplement called 5-Loxin significantly improved OA pain and function within seven days and slowed cartilage damage after three months.
How much:  Capsule or tablet:  300 to 400 mg three times daily.  Look for 60 percent boswellic acids.

What it is:  The active, heat-producing component in chili peppers.
How it works:  Applied as a tropical cream, gel or patch, capsaicin temporarily reduces substance P, a pain transmitter.
Studies:  Many studies have shown that capsaicin effectively reduces pain from OA.  In a 2010 study published in Phyto-therapy Research, joint pain decreased nearly 50 percent after three weeks’ use of 0.05 percent capsaicin cream.
How much:  Most capsaicin products contain between 0.025 and 0.075 percent concentrations.  Apply regularly three times a day.
NOTE:  Studies show capsaicin may help reduce pain in RA and improve grip strength in fibromyalgia.

What it is:  An ingredient in may curries and often used in Ayurvedic medicine, turmeric is the root of a plant in the ginger family.  Curcumin is a key chemical in turmeric.
How it works:  Curcumin blocks inflammatory cytokines and enzymes, including cyclooxygenase-2 (COX-2), the target of celecoxib.
Studies:  a 2010 clinical trial found that a turmeric supplement called Meriva (standardized to 75 percent curcumin combined with phosphatidylcholine) provided long-term improvement in pain and function in 100 patients with knee OA.  In a small 2012 pilot study, a curcumin product called BCM-95 reduced joint pain and swelling in patients with active RA better than diclofenac sodium did.
How much:  Extract, which is more likely to be free of contaminants, or capsule:  500 mg two to four times daily for OA;  500mg twice daily for RA.

What it is:  A supplement composed of one-third avocado oil and two-thirds soybean oil.
How it works:  ASU blocks pro-inflammatory chemicals, prevents deterioration of synovial cells, which line joints, and may help regenerate normal connective tissue.
Studies:  It has been studied extensively in Europe, where it is routinely used to treat OA.  A 2008 meta-analysis found that ASU improved symptoms of hip and knee OA and reduced or eliminated NSADI use.  Especially notable:  A large, three-year study published in 2013 in the BMJ showed that ASU significantly reduced progression of hip OA compared with placebo